Day 9
A day of travelling through Namibia’s unpaved roads for +500km… What could possibly go wrong?
Well it did go wrong.
On our way to the fish river canyon (the biggest canyon after the US Grand Canyon) we had a little stop over… Our truck got stuck just after we crossed a stream, in the wet sand . We tried several times to push, to add stones so that the wheels could get going, but we only made it worse. We were stranded for 3 hours in a baking 38 degrees of heat… Luckily there was a small river which saved us, it was very low but we managed to get a bit cooler by lying in the water. 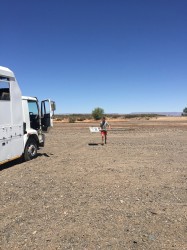 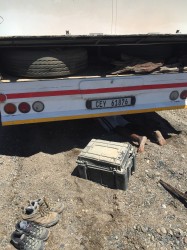 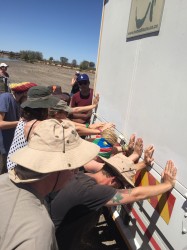 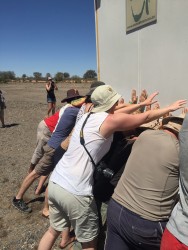 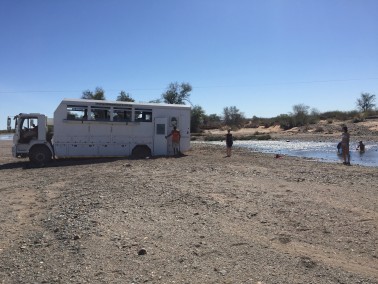 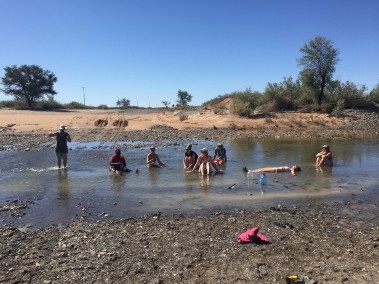 After we almost lost hope, and the third 4 by 4 stopped to help us without success, the real help (a tractor -calm down Simon Carter) came to the rescue. We still had a lot of kms to go, and we had to miss the river canyon for the day and go straight to our accommodation to try and avoid having to drive in the dark for too long. We took another road, still unpaved but better, which added a few more km and arrived at our lodge called Ai Ais at 9pm. Sweaty and destroyed. The place means “very very hot” because there is a natural source of hot springs there. And temperatures got over 40, and not much cooler at night. Hard to bear. Cold beer helped us a lot. It was too late to have dinner from the truck, so Nomad kindly funded us an a la carte dinner from the hotel.

Day 10
We woke up early on what was supposed to be the only lie in of the trip, because we had to catch up with what we missed the day before. We got to the Fish River Canyon at 930am, after driving 170km, and had an amazing walk around the top. Some stunning views over the canyon. We watched out as there is a deadly black scorpion (upto 18cm long) in the area, but didn’t see one. Along the path some beautiful white flowers grew in between rocks, making you wonder how they could survive the heat and the desolate scenery. 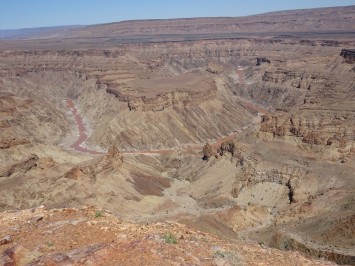 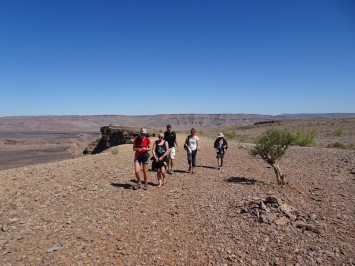 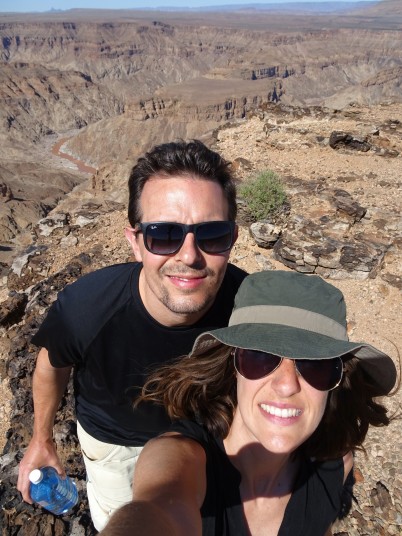 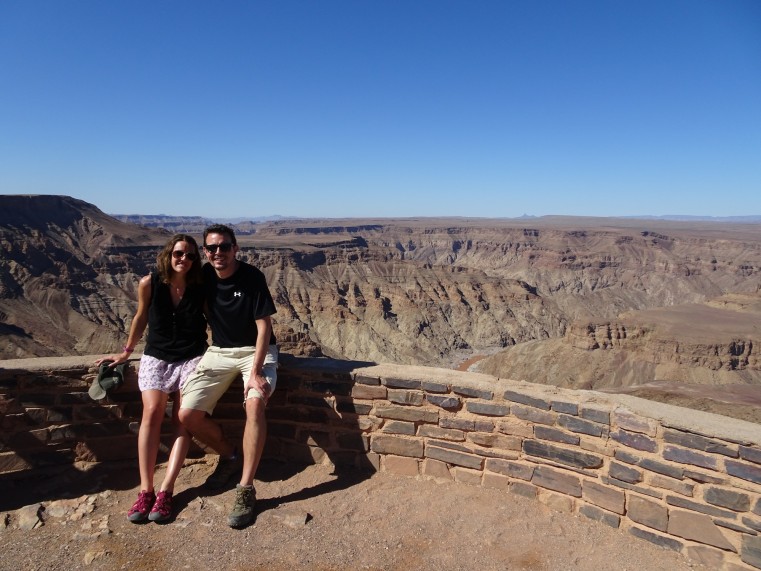 After that we stopped en route for lunch, and for a classy bushy bushy break (guess for yourself), we carried on to our accommodation by the orange river. The Orange river is the river at the border between South Africa and Namibia. The temperatures got up to 42 degrees here.
The bar with good wifi had very good air conditioning though, which is a great marketing technique to get people drinking from early hours!

Rob went down by the river to fish, he was having no joy with bread as a bait… until he tried with a piece of ham and immediately caught a disgusting cat fish! (ATTN DAVE FRENCH!)

We then went canooing, but the current was really strong and lazy bastard Rob soon gave up leaving me to paddle by myself. (ROB I had tweaked a muscle in my thigh 😉
Three crazy kids from our group decided to swim in the river and got transported by the current, and illegally entered South Africa without a passport before swimming back to the Namibian side. 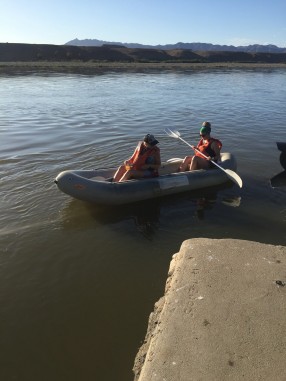 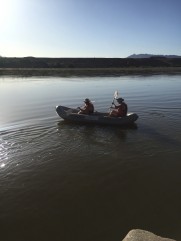 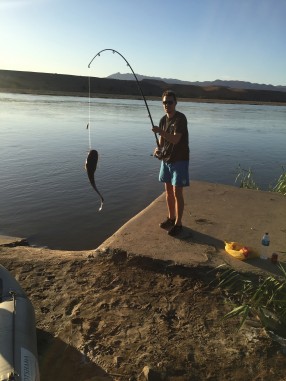 We had a nice dinner with pork chops on the barbecue, and then went for one last drink at the bar. The sound of frogs was relentless, and we finally spotted some jumping out of the pool…

Day 11
Another full day of driving, in another very very hot day (40 degrees). We crossed the border with the Orange river and had to go through the border post to exit Namibia and to enter South Africa. It felt very quick to have to say goodbye to Namibia already, but we left richer with so many great memories of the amazing country of landscapes. A few stamps on the passport later we were on our way to the wine farm, our last night on tour, and our last accommodation. We got there at 5pm, and immediately jumped in the pool which was the best feeling in the world after hours of sweating in our truck called Cash. (The only downside to touring – up at 5am driving from 6am to 5pm only stopping for lunch- the windows open don’t help much as 40 degree wind feels like a hairdrier and no aircon on the truck. Kind of like torture! )

The pool had a very strong sucking hole, which made us laugh in several occasions. The farm was beautiful, the rooms amazing, and the surroundings very pretty. They also farm Oranges and lemons, it is definitely worth a visit. Family owned and it feels really like a home outside of home. It’s called Marcus Kraal and you can find more info here.

Wine tasting started at 630pm and we all knew how the evening was going to end up since it was our last night. Wine started flowing, along with a beautiful dinner and the best possible company. The Koreans even performed gangam style for us putting up a great show. The Zimbabwean dance also followed, and memories started to get blurry. We ended up going to sleep on mattresses on the grass to look at the stars, even though most of us passed out straight away – no surprises there. A massive headache and horrible hungover on our last morning, but worth every second. 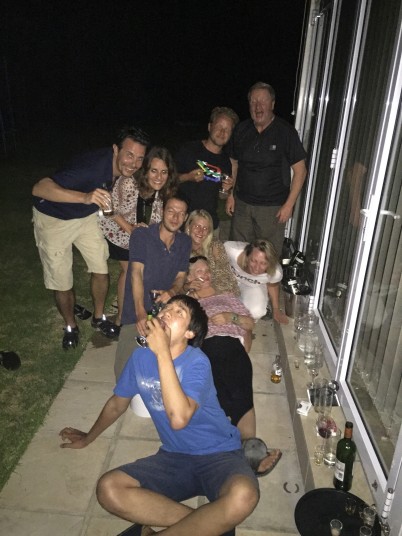 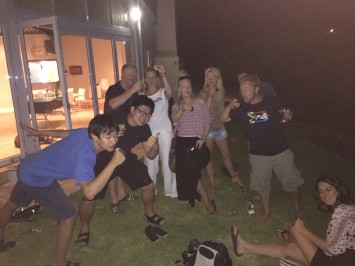 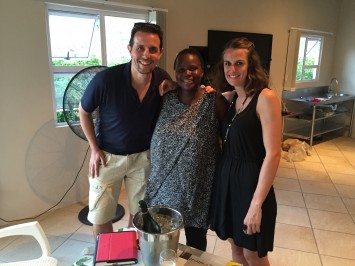 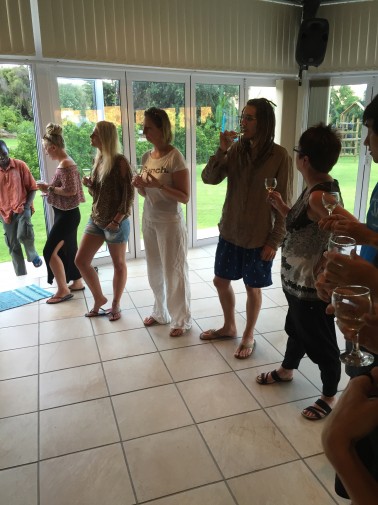 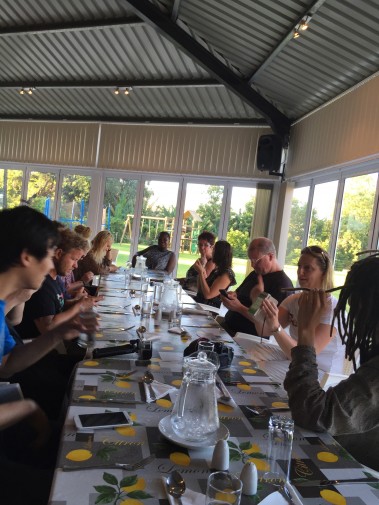 Our Facebook Group Africa 2016 got a lot of updates with embarassing pictures and videos from the night before. Once we arrived in Cape Town we took a last group photo with all the gang, and the time to start saying goodbye came.
Although luckily most of us are still here for a few days and we are going to meet up to celebrate some birthdays and for final goodbyes. It’s been a truly fantastic adventure, thank you Mama Gerty for keeping up with us and to Tau for getting us all the way here in one piece not without entertainment! 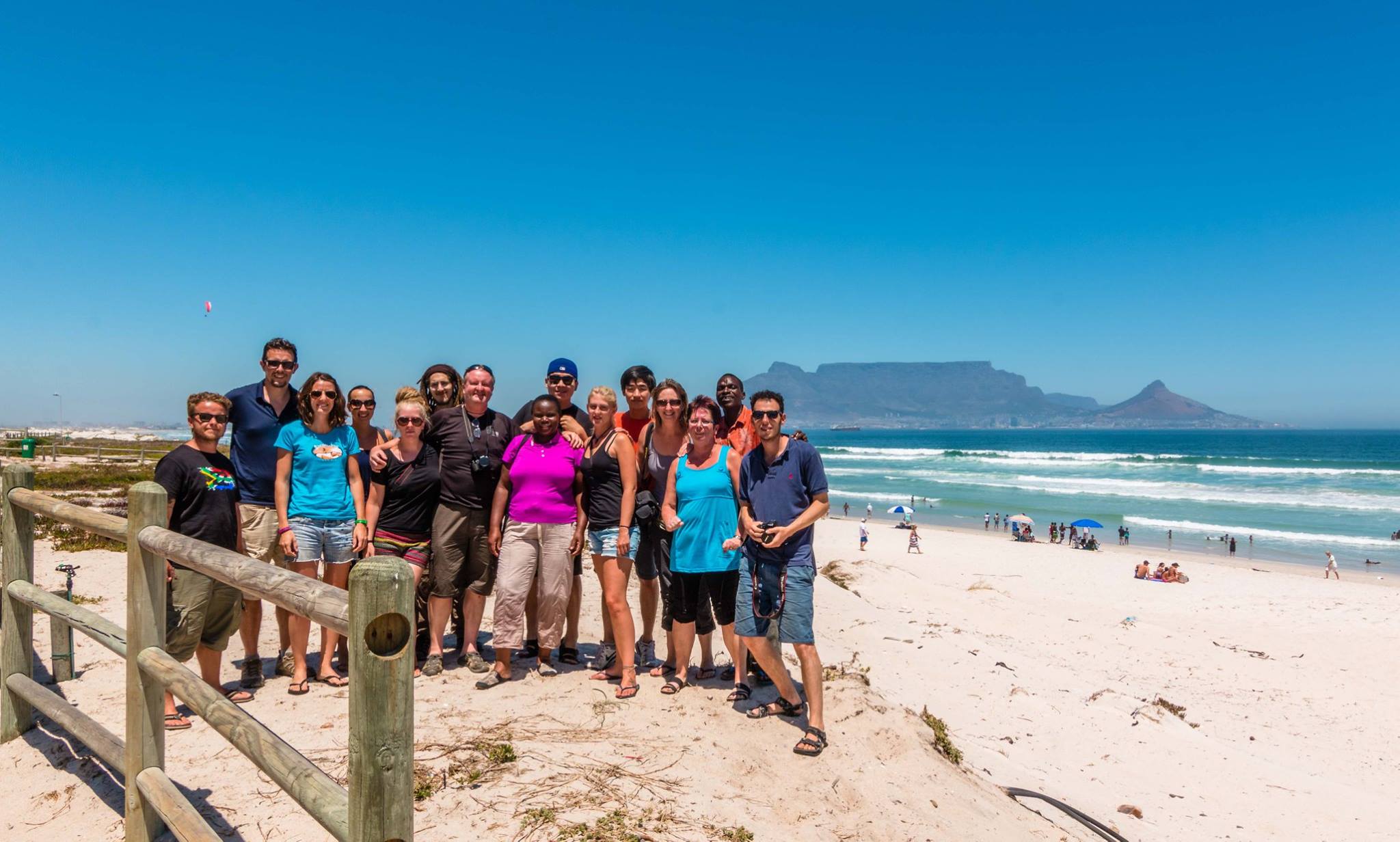 Feeling pretty rough right now, but we got into our Air bnb ok and are very happy with our choice. Karin the host has been really nice and helpful. We already filled the fridge with the bear necessities from the supermarket next door and are ready for a nice long sleep after 12 days of sleep depravation and early wake ups! It seems to good to be true that we can finally stay 6 days in the same place without having to pack and unpack every day… First world problems I know 🙂 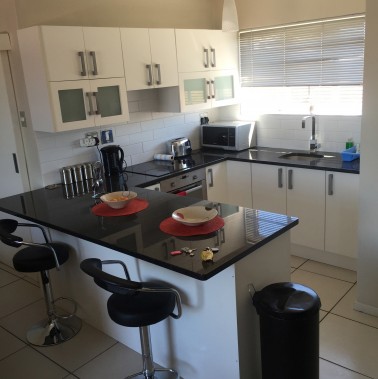 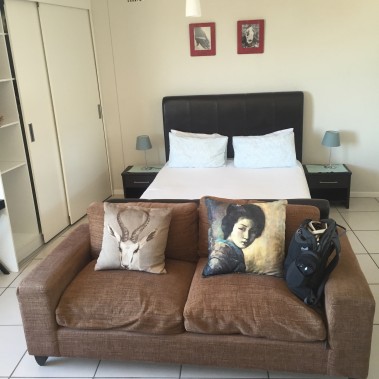 This is where we're currently at. View the full map here.